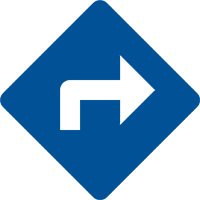 If you or a loved one needs bail bonds now, Aladdin is ready to help. As the nation’s largest and most trusted bail bonds service, we have the unparalleled experience you need to get through the bail bonds process as quickly as possible.

Our Everett, WA office is located on Broadway, at 2939 Broadway in Everett, WA 98201, just south of the corner of Hewitt Ave and Broadway across from the Angels of the Wind Arena. Our office is conveniently just a few blocks from the Everett Police Department, Everett Municipal Court, Snohomish County Superior Court and Snohomish County Corrections. You can visit us anytime, 24/7 and an experienced, bilingual bail bondsman will help you through the bail bonds process, making it as easy as possible to get the bail you or a loved one needs.

You can also call us at this office at (425) 258-2222 and speak with a bail bondsman over the phone right away. There’s no bail bond company that’s more efficient or reliable. Simply put, we get you out. We get you through it.

Have Everett jail or court questions? For more information on jail and court locations, processes, or Everett inmate searches, please refer to the following:

Not sure what is required of you? We understand your situation and guarantee professional, helpful service without judgment. Aladdin’s Everett bail bond office is staffed with local bail bondsmen to provide excellent customer service. For immediate assistance, you can reach our agents in three convenient ways.